Predictably, there was a lot of irrelevant noise after the passing away of Lee Kwan Yew. Nearly all the obituaries I read were wide of the mark, The Economist's being the least bad. You would think that because an event is highly predictable and has been so for some time (Lee was 91), journalists would have had time to research their papers properly and would have bothered to do so. Well, sorry, no.

As the media often do when they report on economic subjects, most of them overstated the role of individual people, in this case Lee, and ignored that of long term market forces. Indeed, the worst obituary I read was the one on the front page of Le Monde, which started with: "Lee (...) turned a declining British warehouse into a regional centre for financial services and technology." A declining warehouse? Really? Like Hong Kong, I suppose?

Of course, when you do look at the figures (*), something which a journalist at France's leading daily newspaper would apparently not think of demeaning himself to do, Singapore, purposely founded by the British as an economically important harbour, had been already booming for a long time when the rest of Asia took off post-WWII. Ship tonnage grew by 79% from 1913 to 1939, a notable feat as world trade was then stagnating, and by 102% from 1939 to 1959, nearly exactly at the same insane rate by which it would be growing over the next 10 years when Lee was starting to be in charge. As to the city's population, it grew by 68% from 1931 to 1947 and then by 80% between 1947 and 1961.

So, if anything, Singapore was already experiencing huge growth when Lee took over. And prior to that, and more importantly, it had been equipped by the British with a large physical infrastructure and a well-established free trading and financial culture. Those were very valuable endowments. Lee thus rode the economic tide, he did not create it.

And indeed, a major part of Lee's achievements lies in what could be described as "not changing anything", i.e. in perpetuating the spirit of colonial Singapore - very much like what was happening in Hong Kong, which was still under British rule. Policing and enforcing were rightly the government's primary goals. Lee's other important and visionary achievement, which has been spectacularly boosting growth for the last 20 years, is Singapore's long term investment into education, which initially was a drag. 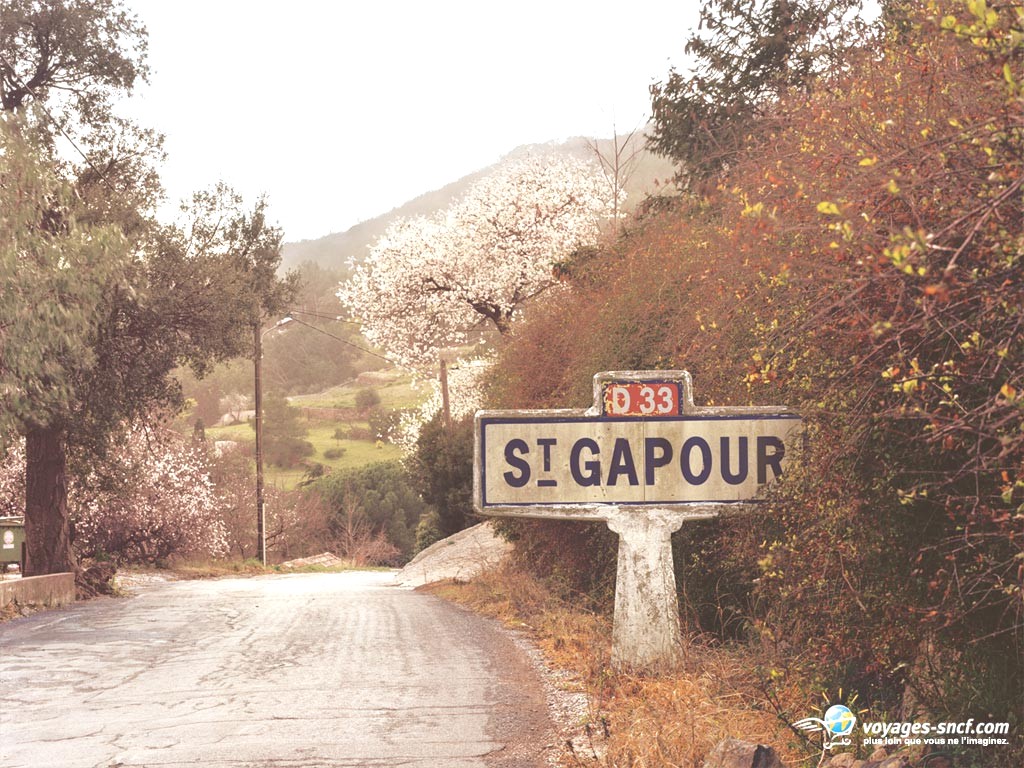 But then, Le Monde, being not only French but also left-wing, would think that economic growth is a thing decreed by governments and implemented via five-year plans, state enterprises and the like, wouldn't they?

And also, as France is a country where national myths reign supreme (France won WWII, is more than a country, has a civilizing mission, etc) they would buy at face value any national mythmaking like the one that has been promoted for obvious political reasons by Singapore's government and which you can find on display at the Singapore History Museum, namely that Singapore was "dirt poor" when it became self-administered. The convenient and soul-lifting implication of that story is that Singaporeans owe their later success solely to their own hard work (implementing Lee's vision, one could add). But that is only half-true. Yes, Singapore was slightly poorer than Hong Kong in 1959, but it was nearly as well-endowed and had the same kind of potential.

The second thing that struck me is that no obituary I read stressed the fact that Singapore is a big city, not a standard country. Now, that really matters, because it is in large cities that productivity growth and thus wealth creation has been, still is, and, for the foreseeable future, will still be occurring.

For instance, Paris' per capita GDP is now roughly 75,000€ for its 2.5 million inhabitants, while that of the Paris area's 11 million people is 50,000€ and that of provincial France (54 million people who live and work in smaller cities and in the countryside) is less than 25,000€, a third of that of Paris.  So, yes, Singapore's PPP wealth levels are very impressive, but much less so if you compare them to those of other biggish cities. And of course, they become even less so if you take into account the fact that, unlike in a "normal" country, where people are born, live and die, a very large part of Singapore's manpower is permanently made of temporary imports, who will thus not be counted as residents during their unproductive years, i.e. in youth and in old age. By importing this temporary manpower, Singapore in fact outsources poverty - which is absolutely brilliant if you are a citizen, but maybe not so much if not. Right now, there are only 3.3 million citizens for a total population of 5.3 million, and out of the 2 million temporary immigrants, nearly all of them in employment, only 500 000 ("permanent residents") have any sort of retirement rights. Only the surrounding regional poverty makes that possible. As the old phrase goes, "Don't try this at home."

Following Adam Smith, who once famously quipped that "there is a lot of ruin in a country", i.e. there is necessarily a lot of dead weight, Paul Krugman is fond of arguing that countries are closed systems, not open systems like companies, where you can get rid of unwanted personnel or equipment, and hire or acquire new ones. In a country, you are stuck with the same citizens and the same physical capital, whether you like them or not. And you just can't close down the activity either. Krugman also stresses that running a country, where you trade with yourself 95% or so of the time, is very different from running a company, where you mostly trade with the outside world, and that, for all the aforementioned reasons, being a politician is thus in essence extremely different from being a CEO.

Well, thanks to its unique position as a transport and finance hub, plus Lee's policies, Singapore has probably become the closest that a country can get to being a company.

Overall, Lee Kwan Yew's main achievement thus probably lies in having got rid politically of his Malaysian hinterland, which would have been a huge drag on growth, and would have prevented Singapore from turning into an open system run by a CEO.

However, quite paradoxically, he is supposed to have strongly opposed independence at the time, in 1965.

The Jerusalem of the East

This in turns brings us to the thing that ALL the obituaries I read got really wrong. They  more or less repeated the Government's mantra that Singapore is a multi-ethnic society. Sure, that is not untrue internally, as, among residents, Malay and Indian minorities are treated not very differently from the Chinese majority, which represents 75% of the permanent population. But, more importantly, it is wrong externally and historically and it totally misses the big picture.

There are currently slightly more than 20 million ethnic Chinese (**) in the Muslim South-East Asian region which, these days, is politically split into Indonesia, Malaysia, and Singapore. They make up 7% of the population of the area. Historically, they are what Yuri Slezkine (***) has called a "mercurial people" playing, because of their own rootlessness, commercial intermediaries between local populations who consider themselves the "sons of the soil" and its rightful owners. In other words, they are in a way the Jews of South-East Asia, a rich and industrious population held in contempt by the Muslim majority.

After 1949, anti-Chinese sentiment became more violent, as the communist threat superimposed onto economic and ethnic resentment. There indeed was a mainly-Chinese communist insurrection in Malaysia. This, incidentally, parallels the rise of anti-semitism in Europe after the Bolshevik revolution, whose leaders were for a noticeable part Jewish.

Discriminatory measures and violent pogroms multiplied and have remained a staple of the region. In 1965, Singapore itself went independent because of particularly violent anti-Chinese riots in Malaysia.

So, yes, Singapore is technically multi-ethnic, but it is foremost the redoubt of the Chinese diaspora in a hostile part of the world, and it owns a lot of its current prosperity to being the refuge for the better-off ethnic Chinese if things again go wrong in their home country, where they own a holiday flat, park their money and go to hospital. And this is why it spends so much on defence, has a two year national service and, with a permanent population of less than 4 million people, is the world's fifth-largest arms importer.

(**) Nearly 3 million in Singapore itself, 7 million in Malaysia and probably 10 to 12 million in Indonesia, half of these in nearby Java.

The textbook I co-wrote 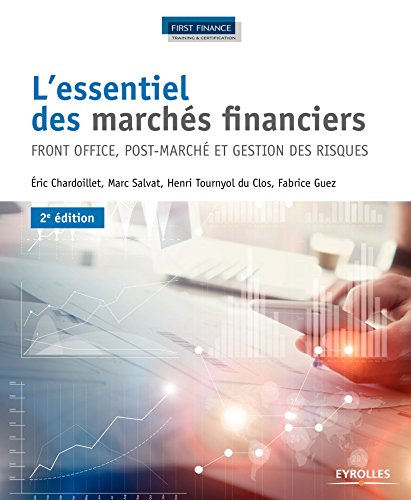 A 624pp primer on financial markets, in French, first published in 2010, with an entirely reworked second edition published in December 2016.

Back in the 1980s, a young academic macroeconomist called Lawrence Summers once made extensive public fun of finance and financial economics through a parable about overpaid "ketchup economists" who had only "shown that two-quart bottles of ketchup invariably sell for exactly twice as much as one-quart bottles of ketchup". He later moved on to policy jobs, somewhat helping to first create then later cure the 2007 mess, where the price of the said "ketchup" went all over the place with dire consequences for the world economy, and thus learned the hard way that financial economics are a discipline that one ignores at one's own risk...